Pioneering a new era of flavor and fragrance analysis

The world of aroma remains largely unexplored. Determined to fill in the gaps, a group of flavor and fragrance analysis researchers at Takasago International Corporation is applying the newly developed, highly innovative crystalline sponge method in continuous efforts to determine the structures of previously unknown compounds.

Esteemed analysis laboratory of a leading flavor and fragrance manufacturer

“We’d all love to know the true nature of aromas that surprise and please us. The crystalline sponge method makes this possible.”

These are the words of Kazuhiko Sakaguchi of Analytical Technology Research Laboratory in Takasago International Corporation , his eyes brimming with enthusiasm.

The world’s leading manufacturer of flavors and fragrances, Takasago International Corporation produces flavors and fragrances for use in perfumes, cosmetics, foods, detergents and many other products at its bases around the world. The analysis laboratory Mr. Sakaguchi belongs is a key branch of the company charged with isolating and purifying flavor and fragrance compounds contained in natural materials and determining their structures. The lab is also responsible for analyzing and identifying by-products obtained inadvertently during synthesis.

“There are innumerable things we still don’t know about the components of aromas. We can contribute to future product development by revealing their structures.”

Most of aroma compounds with low molecular weights and boiling points cannot be crystallized.

The conventional process of identifying the “essence” of an aroma begins with the use of gas chromatography to separate and analyze the volatile compounds. If this approach fails, the compounds are isolated and analyzed using NMR spectrometry or mass spectrometry to determine their structures. Even so, it is not always possible to confirm every ingredient.

“To tell the truth, we can’t always determine a compound’s nature with absolute certainty. Since we have many compounds waiting to be analyzed, we have no choice but to set compounds whose makeups we are unsure of aside and prioritize other important projects we can handle without investing too much time.”

If a compound can be crystallized, researchers can apply single-crystal X-ray structural analysis, a method of determining molecules’ three-dimensional structures with extremely high precision. This approach enables accurate observation of molecules’ stereochemistry down to 1/100th Ångstrom. Aroma compounds raise a peculiar problem, however, since aromas are produced by volatile molecules floating in the air. High volatility means that these molecules are low in molecular weight and has low boiling points and hence generally resist crystallization. For this reason, Mr. Sakaguchi has seldom conducted X-ray crystallography since joining the laboratory.

“This is why the crystalline sponge method has had such an enormous impact in our field. In this method, molecules enter the regularly arranged nanoscale pores of a crystal that literally resembles a sponge one at a time. Even compounds that can’t be crystallized can then be treated as single crystals. I was really surprised to find that a method like this even existed,” says Mr. Sakaguchi, recalling his astonishment upon first learning of the crystalline sponge method.

In order to learn to apply the new technique, he was dispatched as a visiting research fellow to the Fujita Laboratory at The University of Tokyo’s Graduate School of Engineering, where development of the crystalline sponge method had been progressing since 2016. He soon became convinced through a process of trial and error that the method could be applied in flavor and fragrance analysis as well.

“I found that even the structures of saturated hydrocarbon compounds, which can’t be analyzed with NMR spectrometers because their peaks heavily overlap, could be clearly observed with the crystalline sponge method. This was truly an innovation.”

Aware that his approach still had room for improvement after his two-year stint at the university, Mr. Sakaguchi enrolled in a course of integrated molecular structure analysis. This gave him an opportunity to apply the crystalline sponge method to many aroma compounds one after another in order to explore the conditions necessary for analysis.

“I came to recognize the appropriate conditions, but I’m sometimes deceived (laughs). If the target compound and solvent overlap during image-processing, it may be impossible to obtain a proper image. My priority is to keep failures of this kind below 10%.”

Leveraging the crystalline sponge method in search of breakthrough discoveries

In 2018, Mr. Sakaguchi returned to the analysis lab while still participating in the course, and took it upon himself to train junior staff in the new analysis method.

“Another significant advantage of the crystalline sponge method is that it requires only a small sample of the target material. Preparing an NMR sample requires as much as 10 kilograms of raw material, but 10 grams is plenty when using the crystalline sponge method. Since the amount of solvent required is also very small, moreover, this efficient method leaves time for researchers to investigate other aroma compounds with unknown structures.”

Mr. Sakaguchi considers “good observation skills” to be the most important attribute of a researcher.

“Even when conducting familiar work processes with similar data, I try to maintain a critical stance and avoid making assumptions or taking anything for granted. I’m constantly asking myself whether or not some new phenomenon might be involved. I don’t find anything out of the ordinary nine times out of ten, of course, but this kind of careful observation is the key to making discoveries.”

In his work today, Mr. Sakaguchi is drawing on his experience with the crystalline sponge method in efforts to propel the field of aroma compound analysis into an new era. 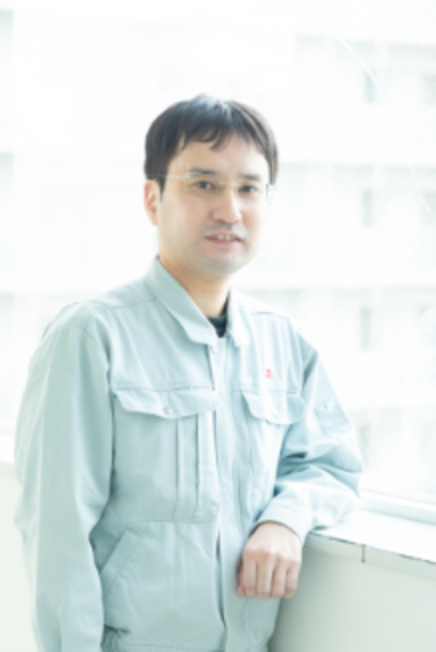 Kazuhiko Sakaguchi began his career as a graduate student conducting research on the total synthesis of natural products at The University of Tokyo’s Graduate School of Agricultural and Life Sciences. in 2009, he joined Takasago International Corporation, where he engaged in analysis of aroma compounds at the Analytical Technology Research Laboratory. In 2016 he was seconded to the Fujita Laboratory in The University of Tokyo’s Graduate School of Engineering as a visiting research fellow studying the crystalline sponge method. Since 2017, he has been participating in a social collaboration course, “Innovative Molecular Structure Analysis,” and since 2020, in a second course, “Integrated Molecular Structure Analysis.”

Takasago International Corporation won worldwide fame in 1983, when it employed asymmetric synthesis to become the first company in the world to mass produce menthol. The main flavor and aromatic ingredient of peppermint, menthol (l-menthol), is used in products ranging from confectioneries and cosmetics to toothpaste. It is conventionally obtained from natural raw materials such as peppermint oil, but an ability to synthesize it in large quantities had long been sought by industry to make it available for use in larger numbers of products. l-menthol has an enantiomer (identical twin), d-menthol, however, a compound with an atomic arrangement and structure that mirror those of l-menthol. The two compounds’ molecular weights are the same, their mass spectrometry peaks overlap, and NMR spectroscopy, which might be expected to reveal their structures, shows identical peaks as well. It was extremely difficult to distinguish one enantiomer from other, and thus impossible to manufacture either of them separately, until the emergence of asymmetric synthesis technology. Since d-menthol has a disinfectant-like smell, attempts to synthesize l-menthol with d-menthol mixed in obviously failed to yield compounds with appealing odors of the kind desired for use in commercial products. This accounts for the enthusiastic welcome of Takasago’s successful independent mass production of l-menthol received in the market.

Molecular structures of l-menthol (left) and d-menthol (right). Both have the same molecular formula (C10H20O), but their atoms are bonded differently.
X-ray crystallography clarifies the difference between l-menthol and d-menthol immediately. Since there are many other promising compounds that have enantiomers, expanded use of the crystalline sponge method in the future could lead to the appearance of a rapid succession of formerly synthesis-resistant products with attractive scents.
特集記事一覧に戻る
Back to List of featured articles